On the last day of our stay in London, Asia and Andrew take us for a walk to the Greenwich district. They know the area well because they live nearby. The first interesting monument that we pass is the University of Greenwich. It looks more like a palace than a place of study for students. 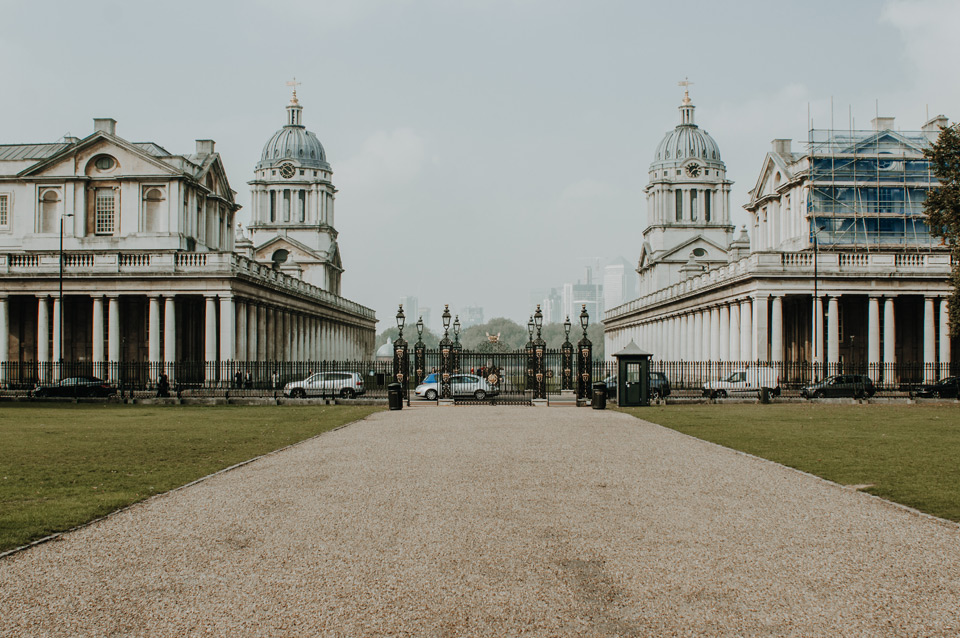 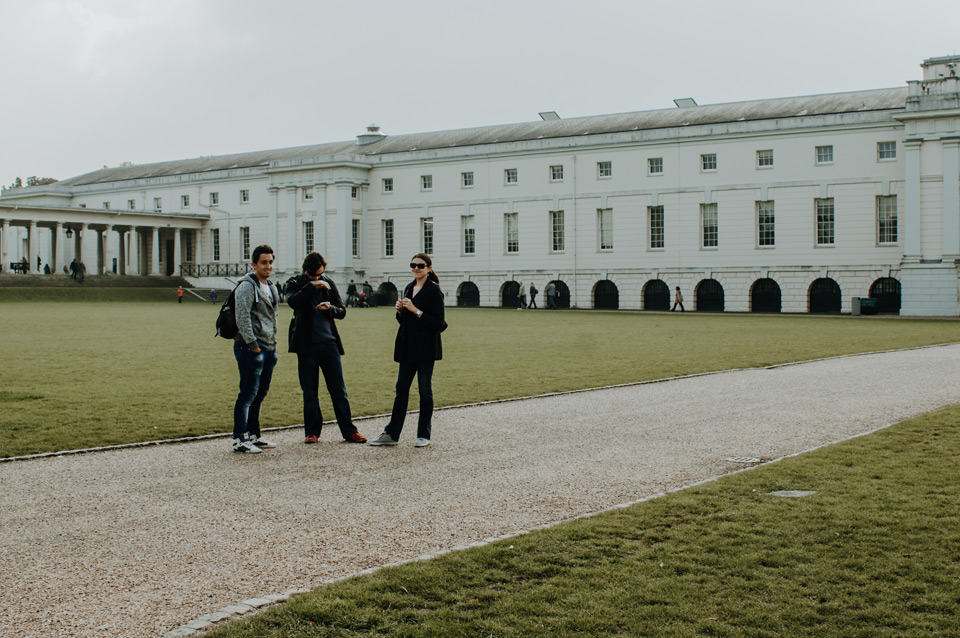 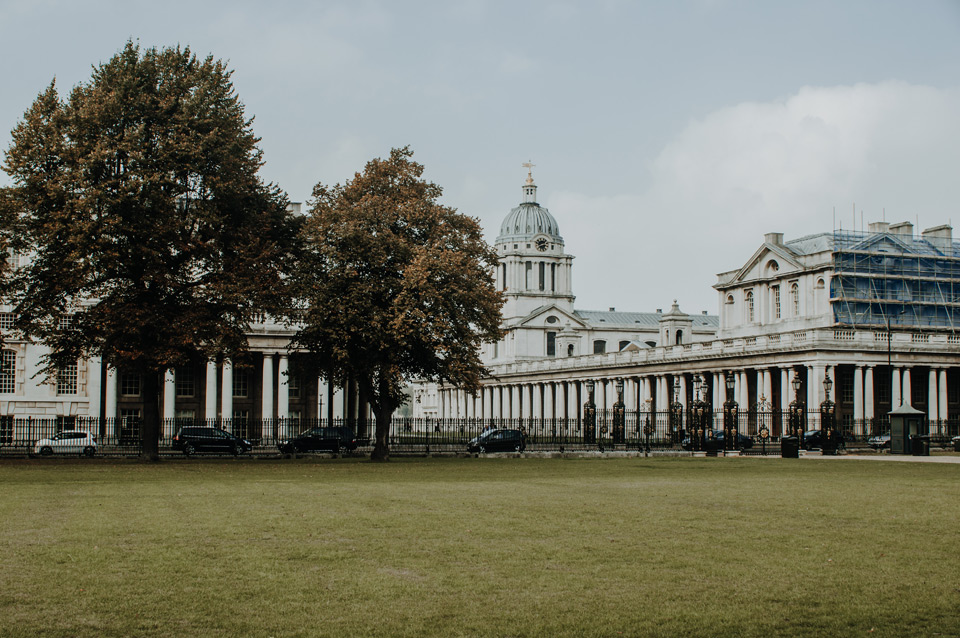 Across the street opposite the university is the National Maritime Museum. Admission to the museum is free. We go inside. We can admire many exhibits related to the sea and sailing here. I’m not entirely interested in the topic, so I won’t judge if it’s worth visiting this museum. However, I think that if someone visits Greenwich, it’s worth to look inside for a second and see for yourself – in the end we pay nothing for the entrance. 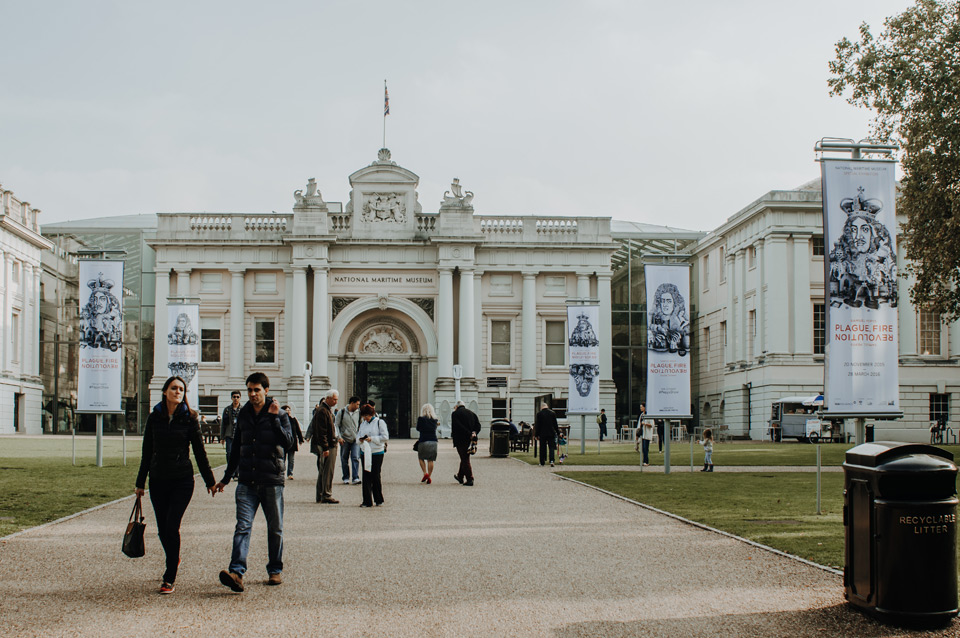 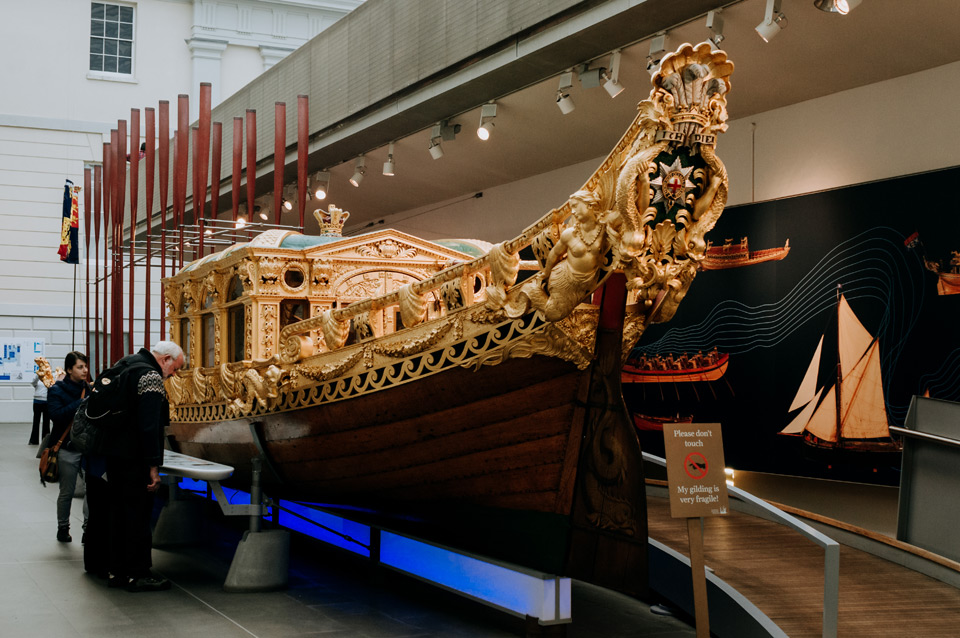 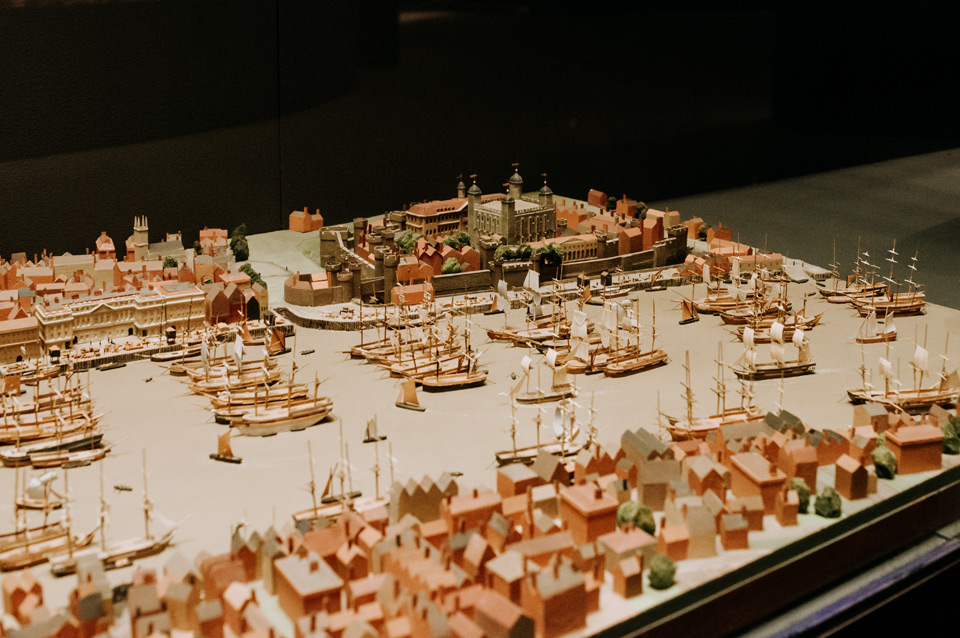 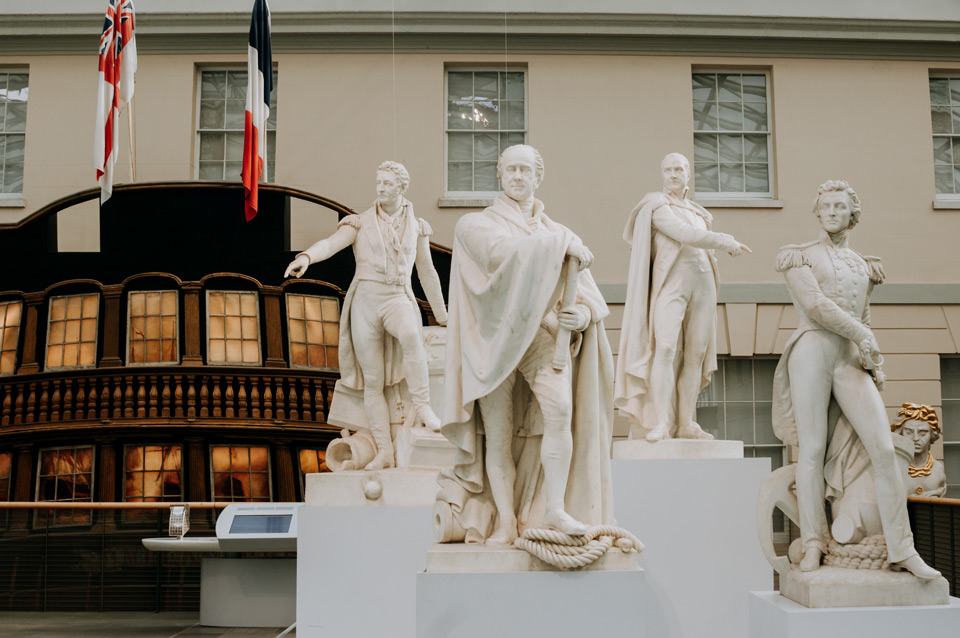 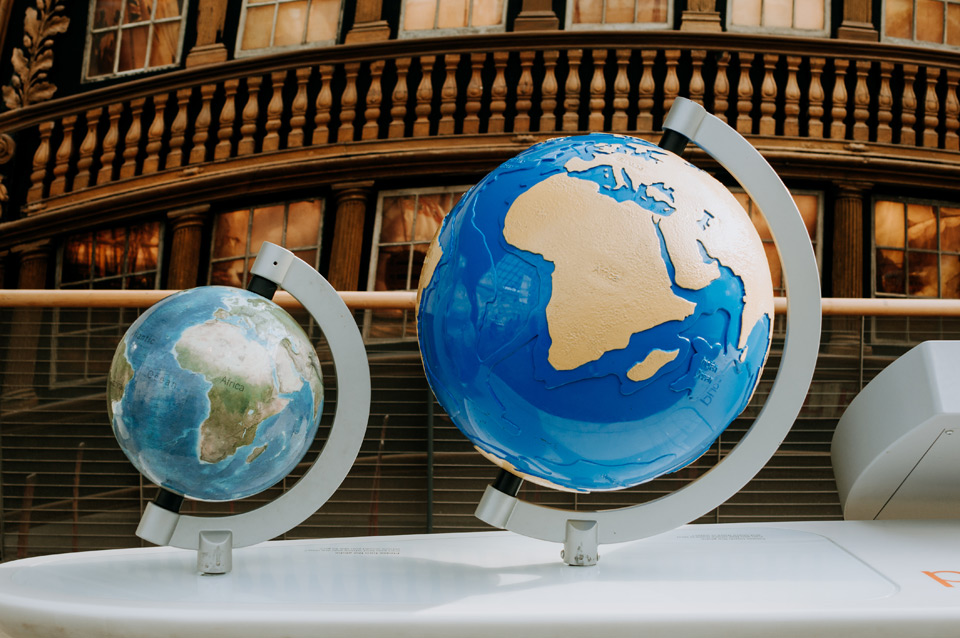 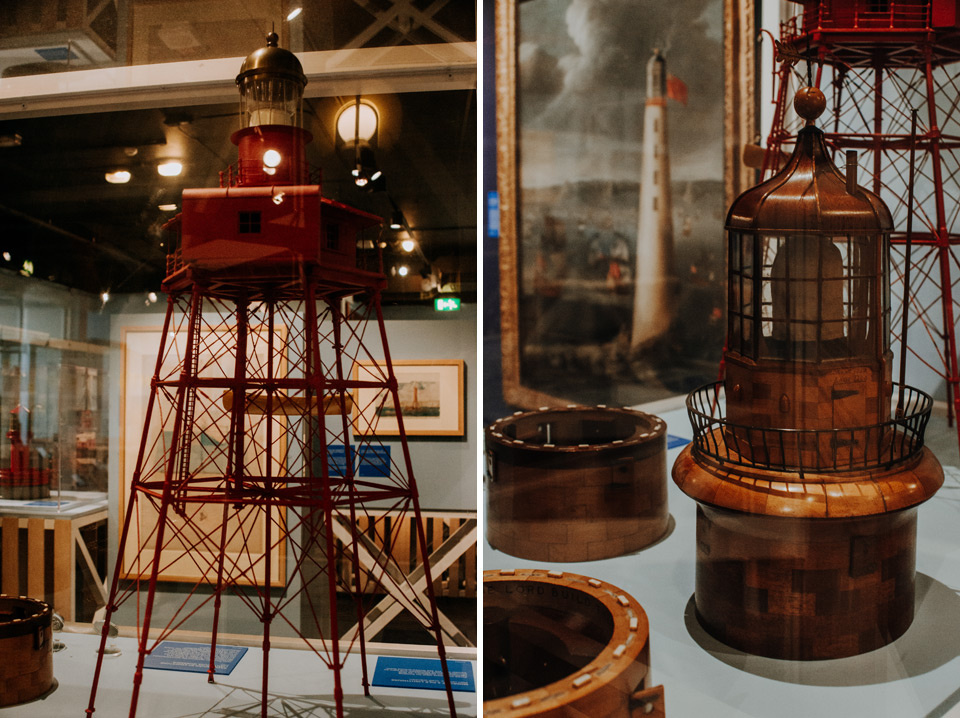 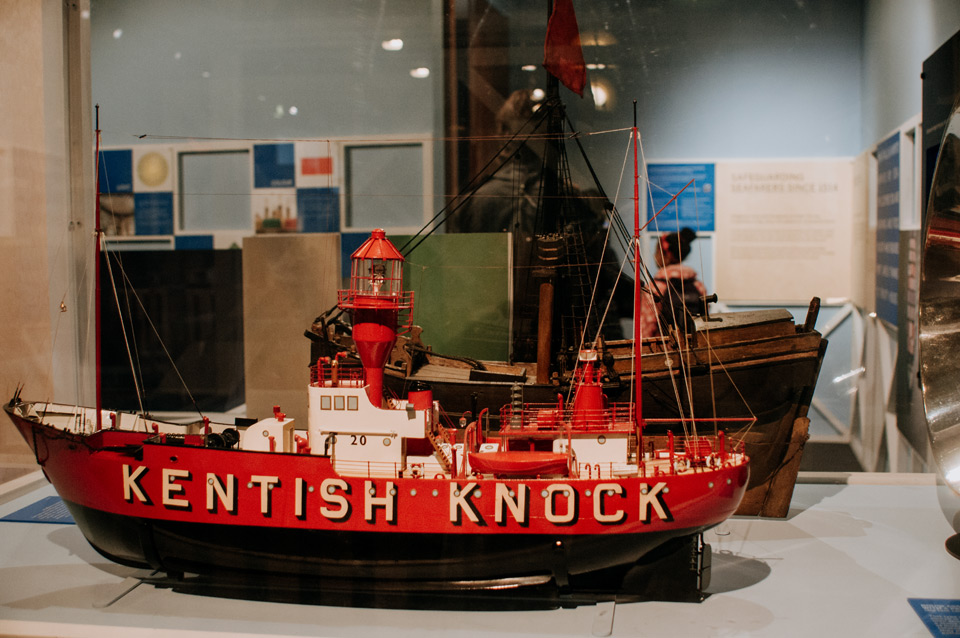 Asia and Andrew lead us to the market. This is not an ordinary market like all others. There are many interesting stands here and if it weren’t for these “their” prices, we would certainly buy something for ourselves. 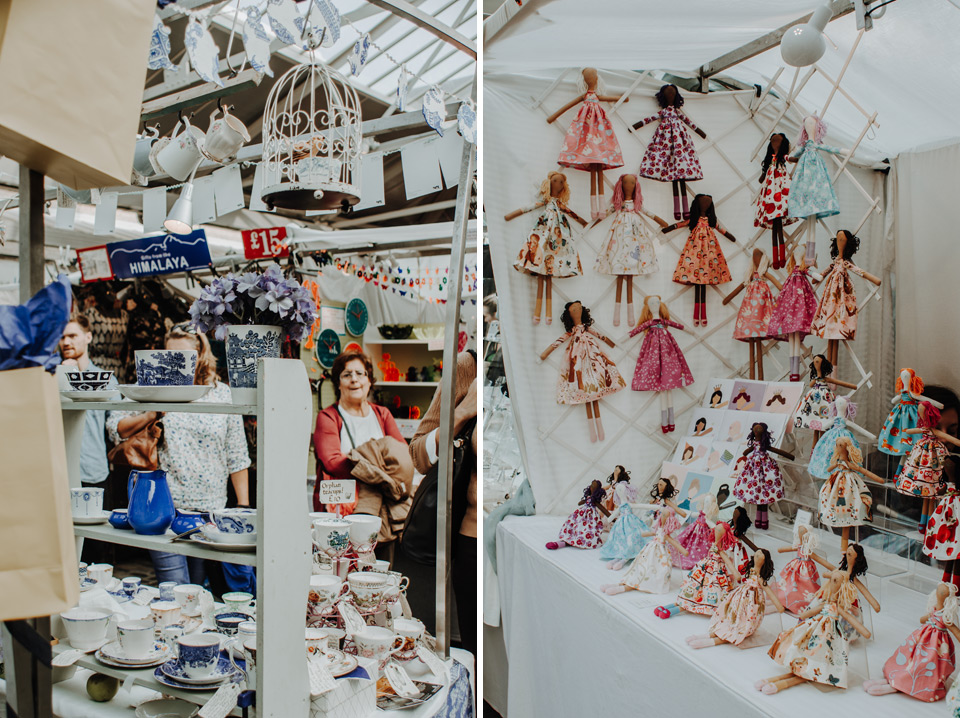 After visiting the market, my cousin leads us to the banks of the Thames. There is a so-called Cutty Sark – 19th century tea clipper. It stands in a dry dock at the waterfront as a museum ship. A small orange building with a round dome visible in the pictures is Greenwich Foot Tunnel South. It’s a tunnel that you can go to the other side of the Thames. Asia, Andrew and Wojtek sit next to it, and I photograph what is in front of us – Canary Wharf (office complex competing with City of London for the financial center of London). 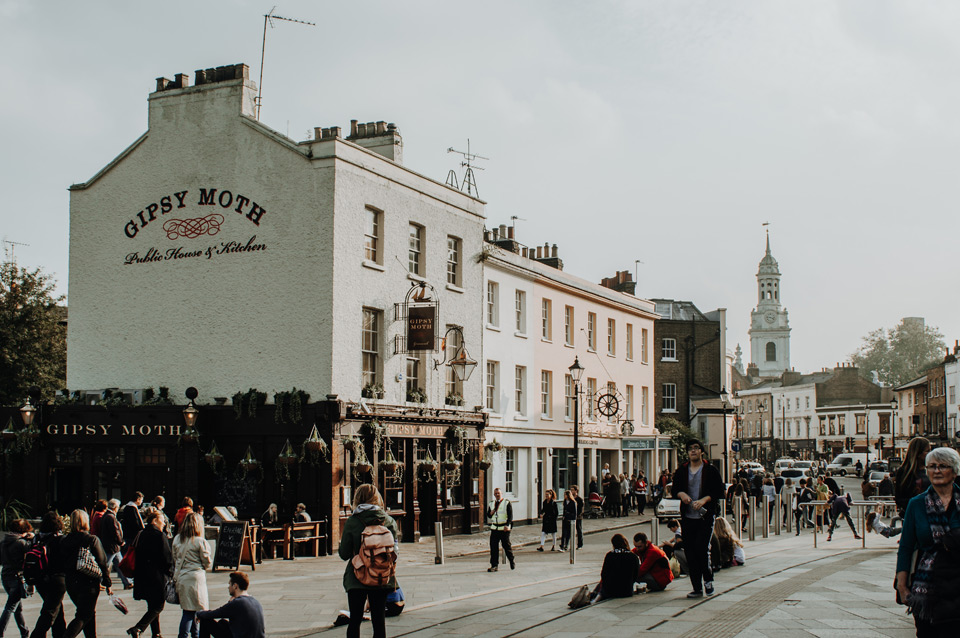 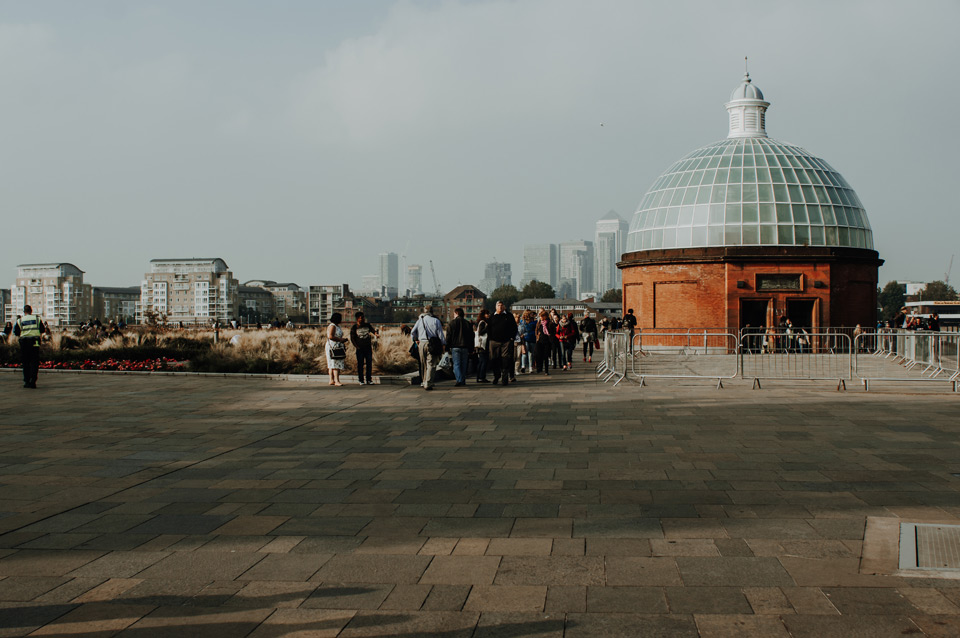 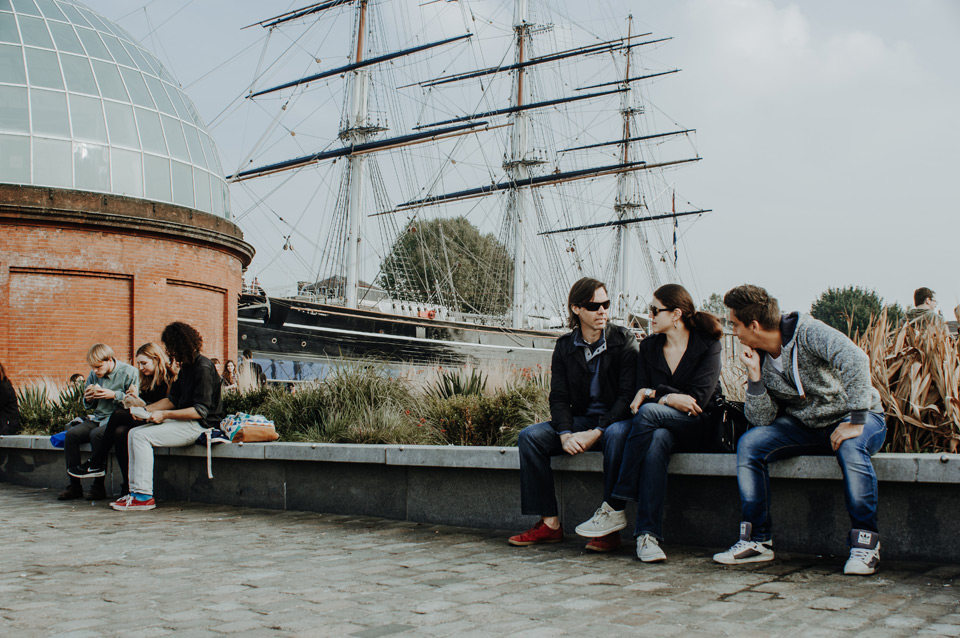 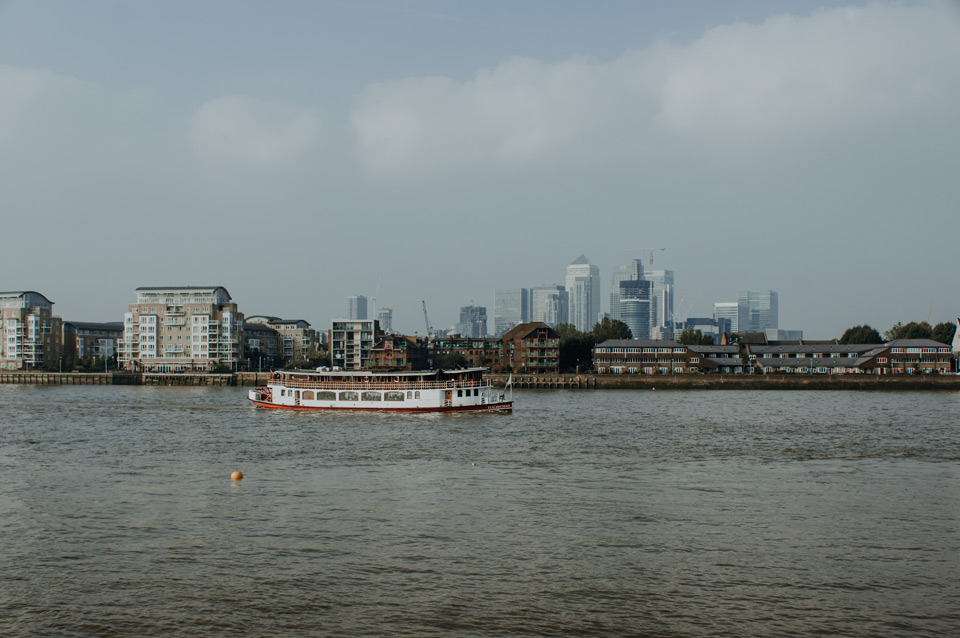 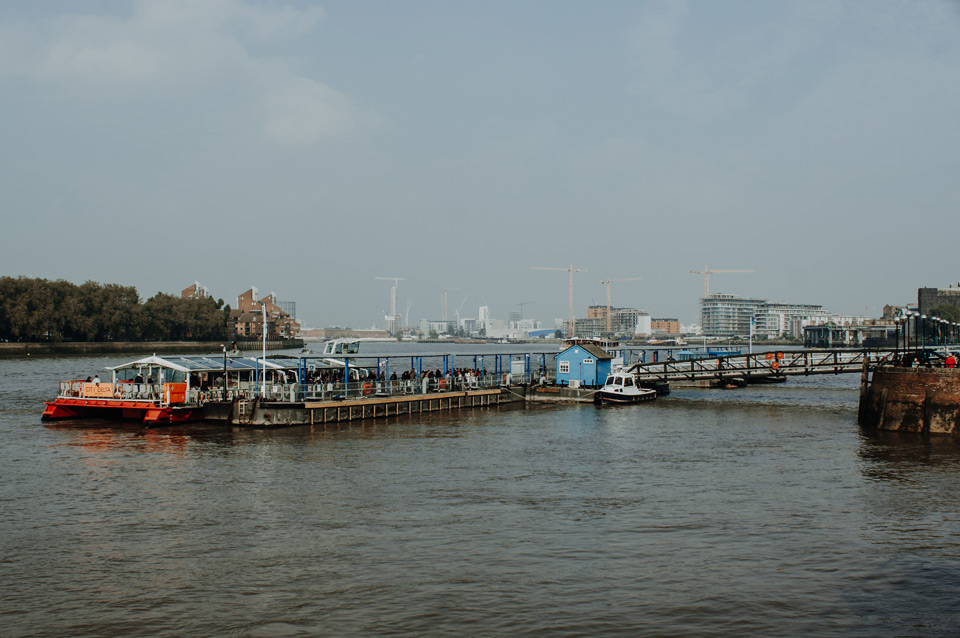 Greenwich Park and the Prime Meridian

After a short rest we go to Greenwich Park. The Royal Astronomical Observatory is located here, and the zero-meridian line runs right on the ground. Unfortunately, you cannot take a photo when standing in two hemispheres of the world, because you have to pay for admission. I take a picture from behind the gate. 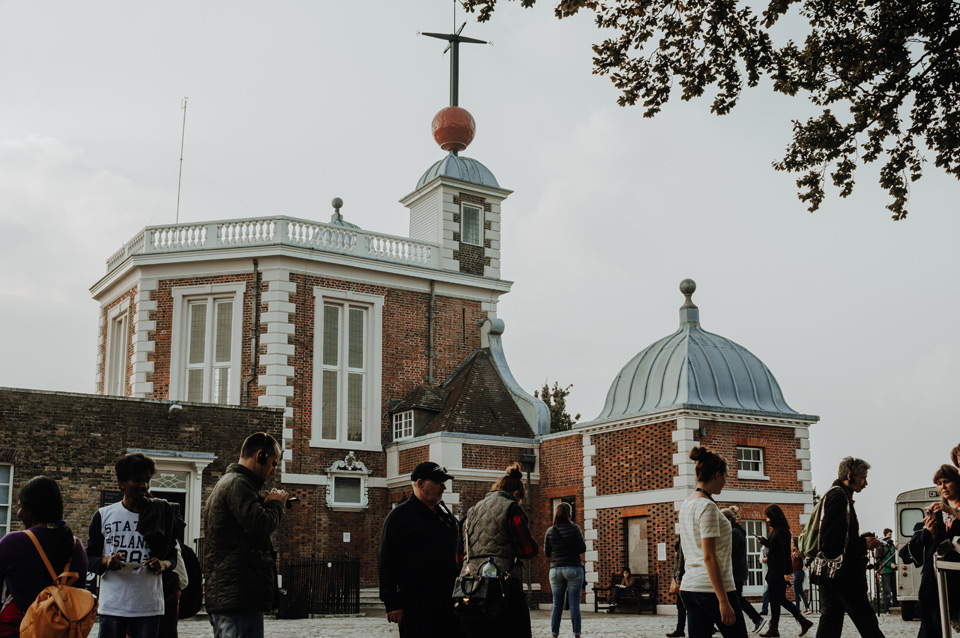 After taking pictures, I sit with everyone a few meters away by the sculpture of General James Wolfe. From here, we have a great view of the entire Greenwich park, the National Maritime Museum and the University of Greenwich. Behind them, the Canary Wharf office complex is visible through the fog. On the left you can also see Cutty Sark – the ship we were at earlier. 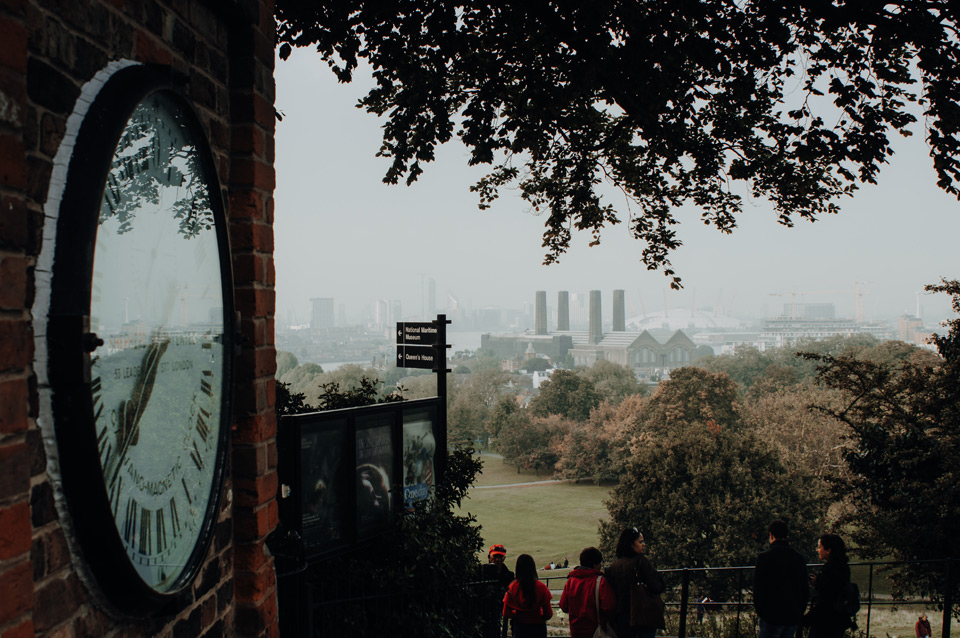 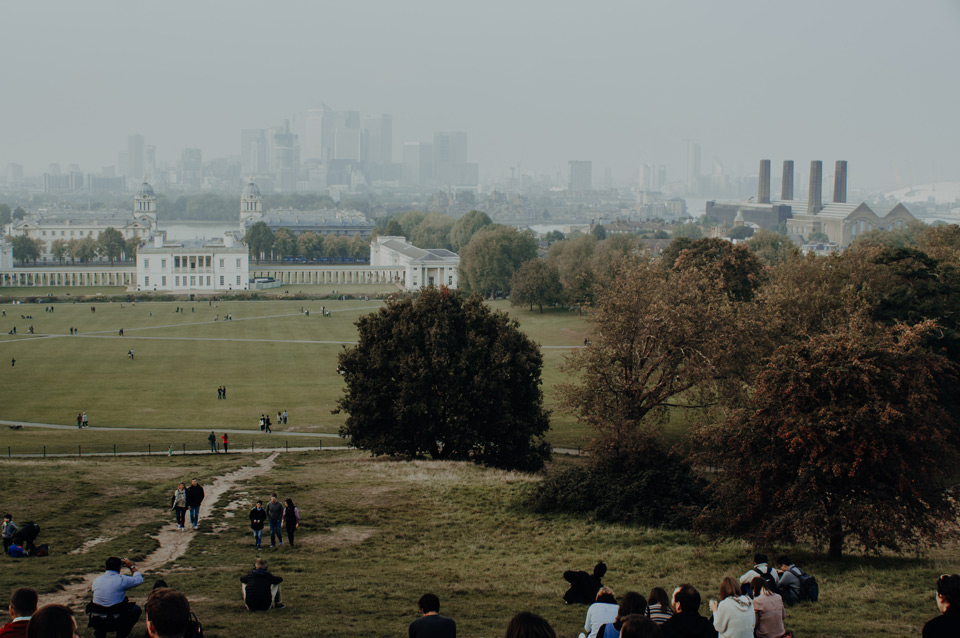 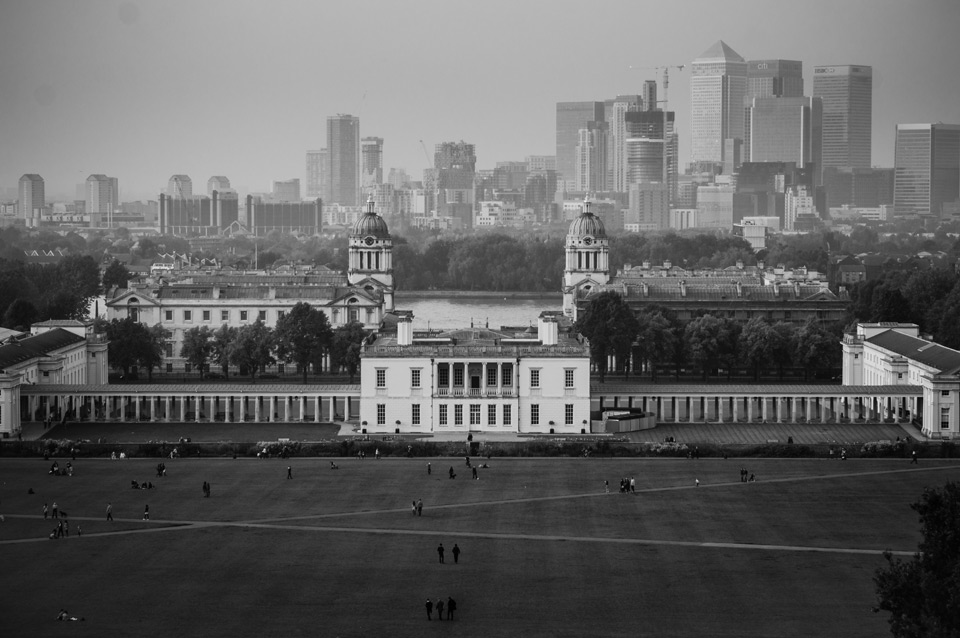 We cross the park again and walk along the banks of the River Thames towards the house. We pass a car that reminds me of Ron’s car from the movie “Harry Potter”. The fact that we’re in England completes my feeling of being in Harry’s world. 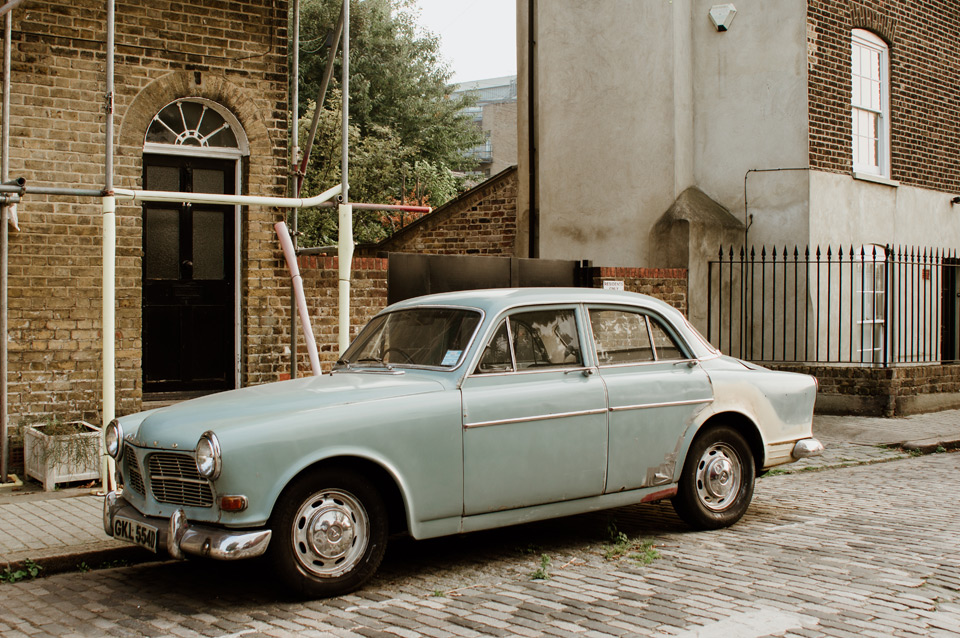 The Thames shore is very climatic today. I really like the coastal London houses. I catch them in the pictures and interesting frames come out. The river itself doesn’t look interesting I admit. The water is dirty and has an ugly brown color. 200 years ago, the inhabitants of London poured sewage into it. Apparently today the river is cleansed, but you can’t see it. 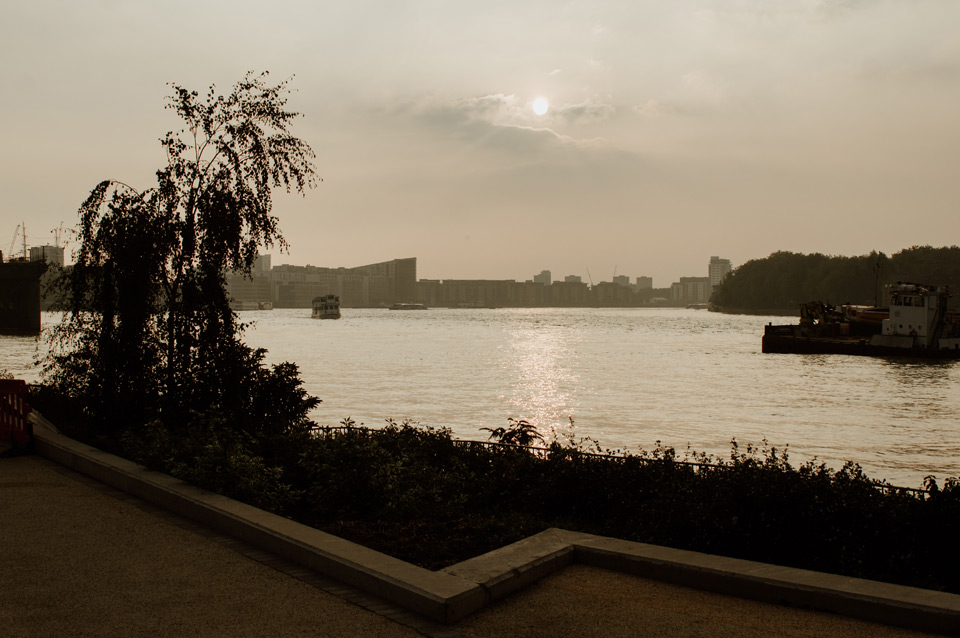 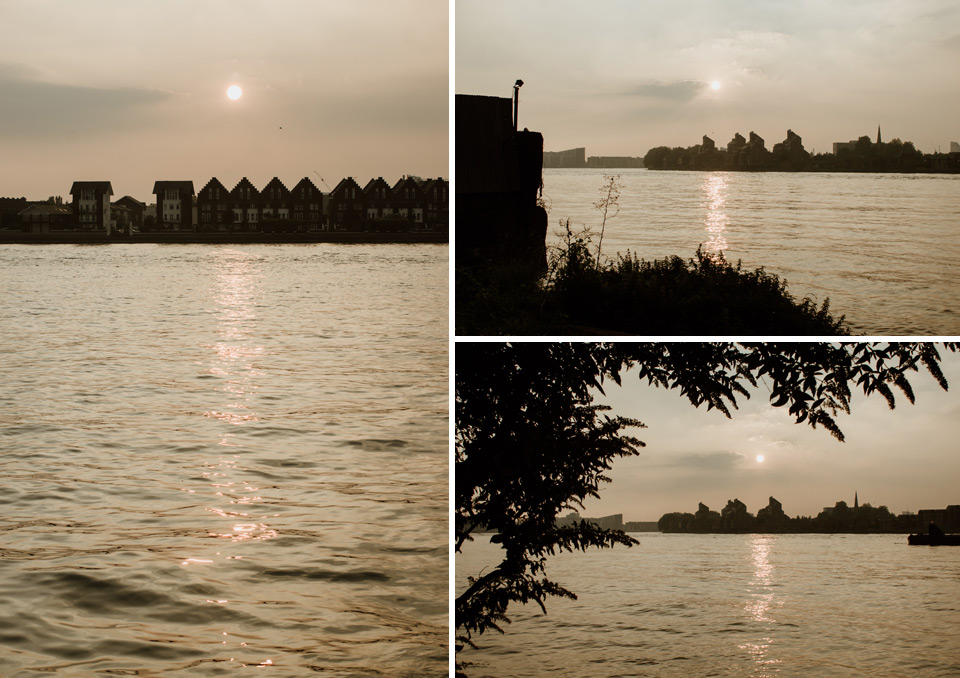 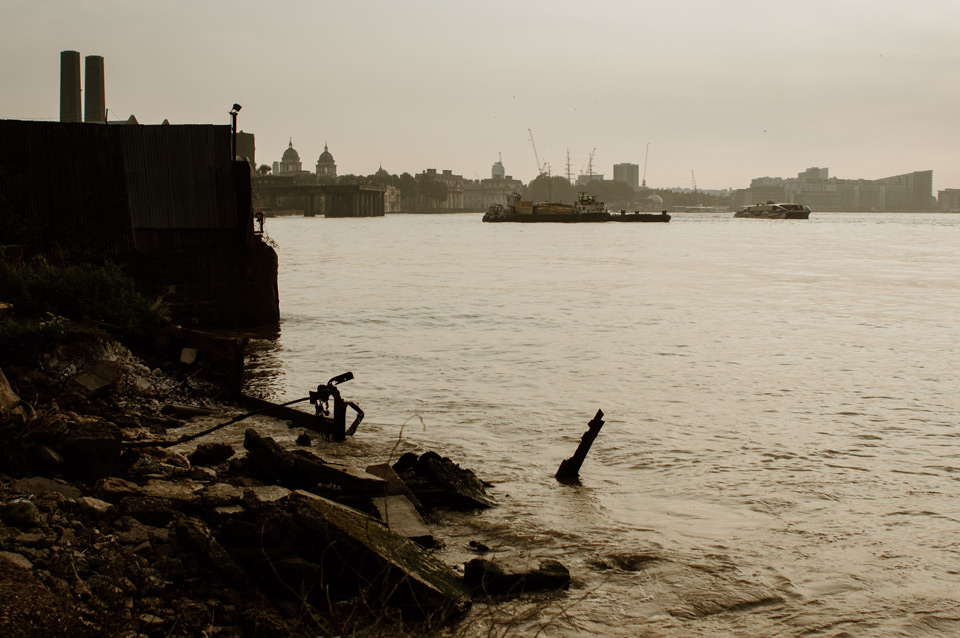 In the late evening hours we go by subway to the district called Shoreditch. Asia and Andrew really wanted to take us here to show us “different” London. It’s really different here – the buildings look much older and are less “modern”. There’s a lot of graffiti on the walls. This climate means that I don’t feel completely safe here late in the evening. During the day you can certainly get a different impression.

Shoreditch is a district for people characterized by talent, imagination, creativity and entrepreneurship who look for a platform on which they can use their abilities and implement their ideas. There are a lot of institutions here that help in the development of new businesses away from the hustle and bustle of the city.

The district is not well lit at this time, so I don’t have any photos.

After visiting Shoreditch, Asia and Andrew lead to a “neighboring world” – the City District. This is where most of the UK’s banking, banking and insurance activities are concentrated today. We can see huge buildings up close here. That’s why I don’t have pictures, because even if I tried hard, I wouldn’t capture them all in the frame. Andrew says that some buildings are designed so that they are useless when it comes to planning the space in the rooms.

After passing through the City of London, we exit the River Thames and enter the Tower Bridge. The view of the bridge itself and from it are really noteworthy. Everything is beautifully lit. I put the camera on the wall (I wish I had taken a tripod), set the shutter speed for a few seconds and take pictures. Despite the lack of a tripod, I got a few shots and I’m happy with. 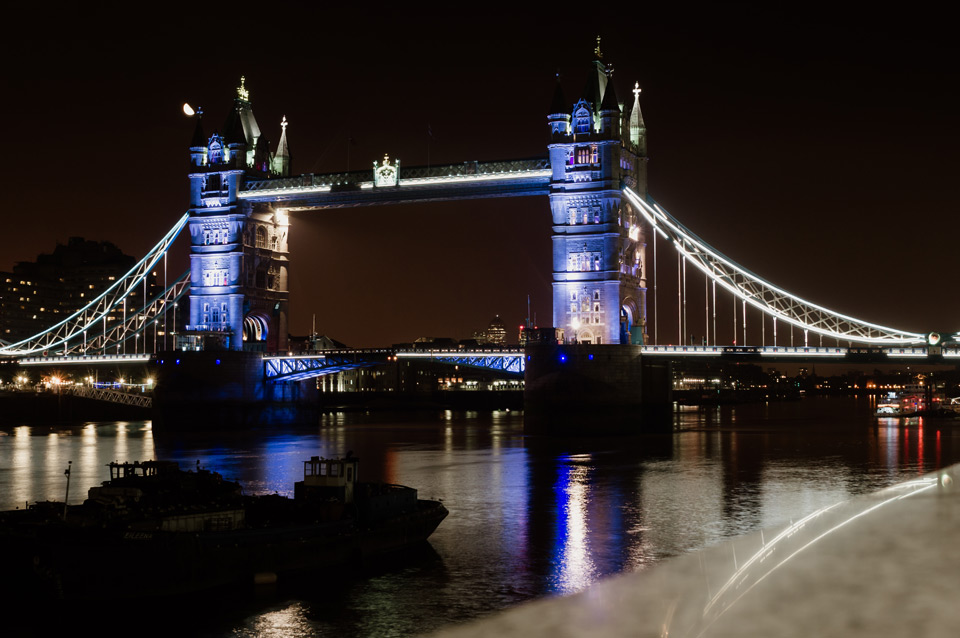 Unfortunately, these are the last frames of the whole trip. The next day in the morning we go to the airport, from where we fly to Gdansk. From there we return by train to Olsztyn.

We hope you enjoyed the report. Do you have any questions? Don’t hesitate to write to us.

You will find more posts from London here: